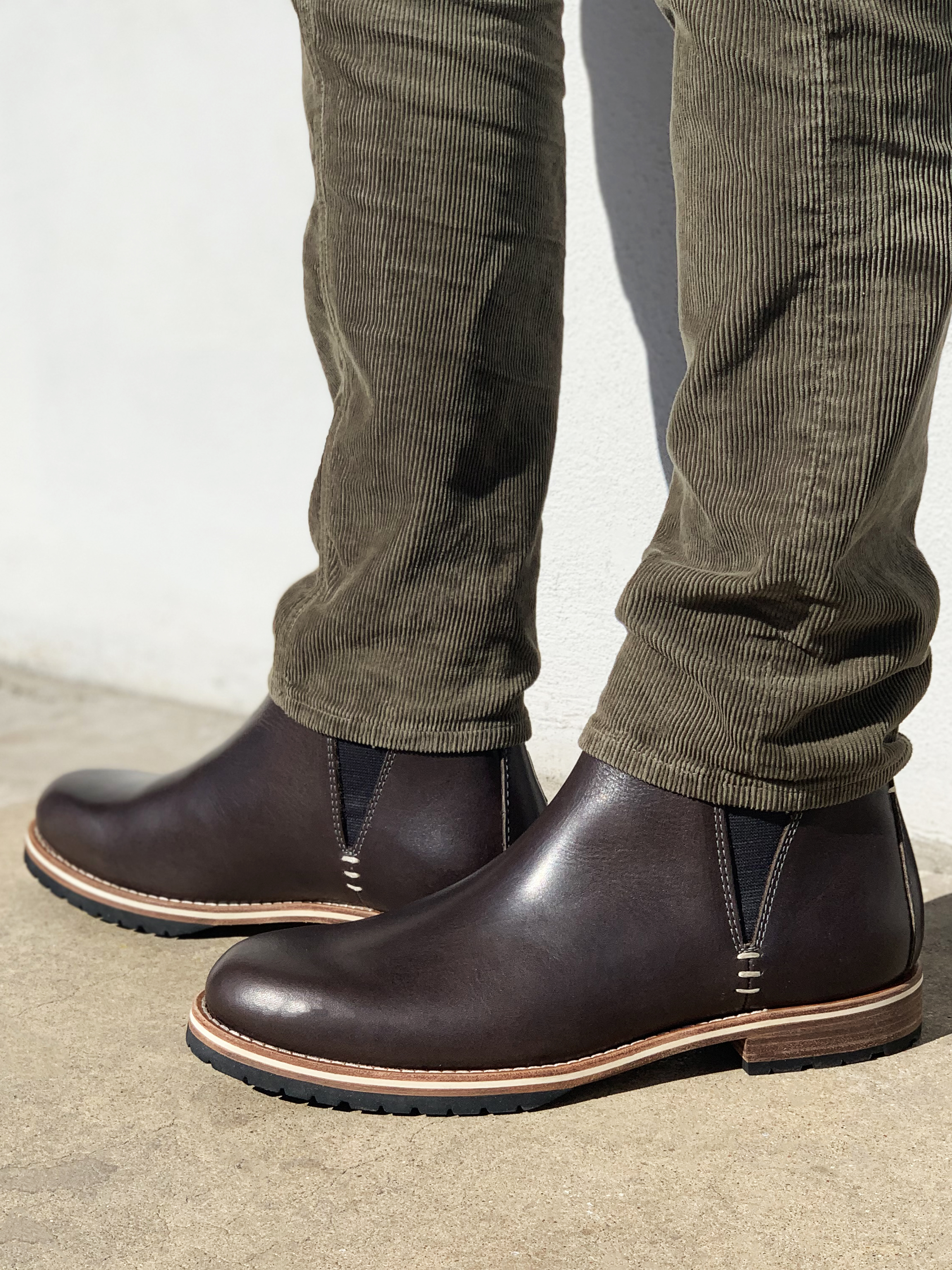 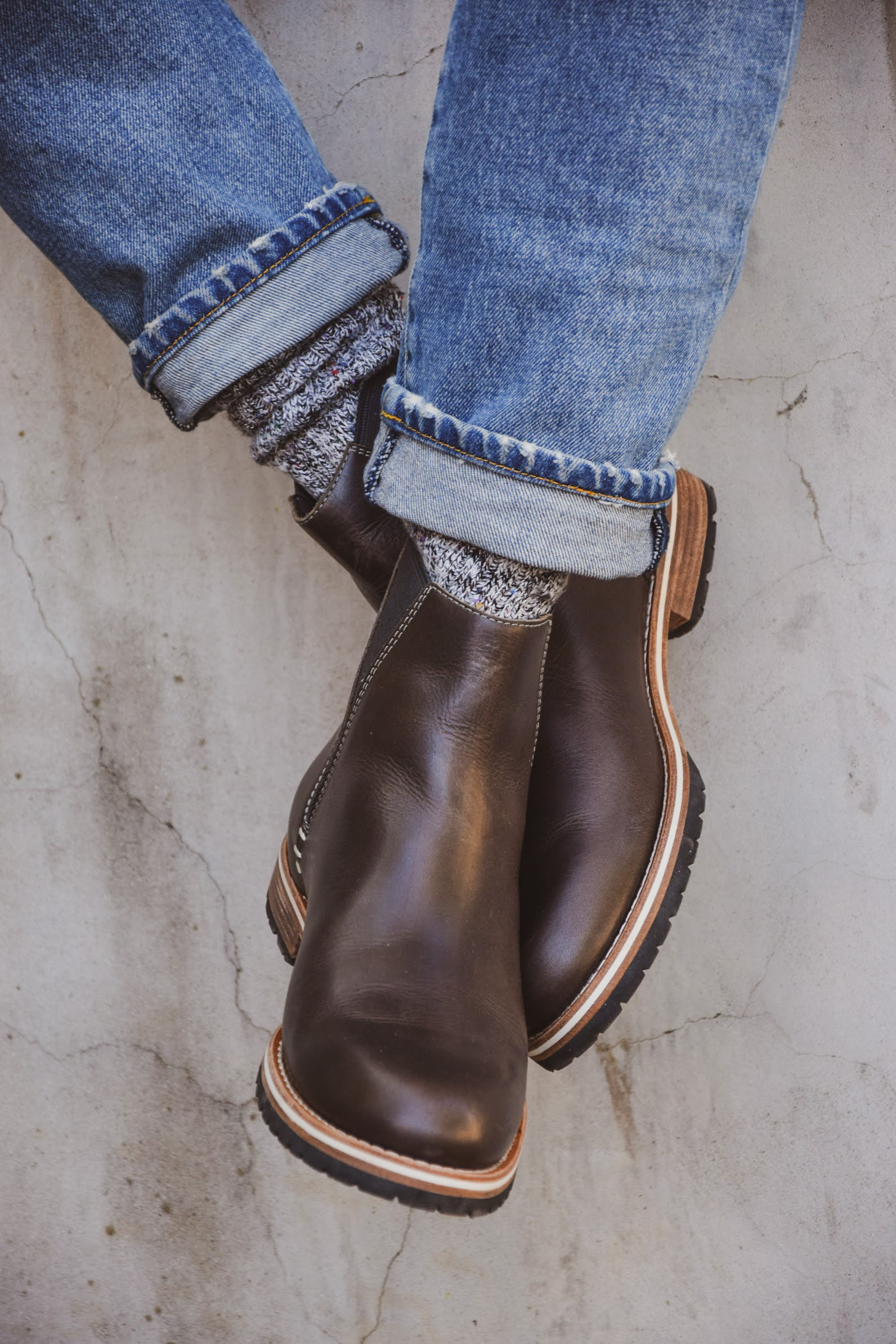 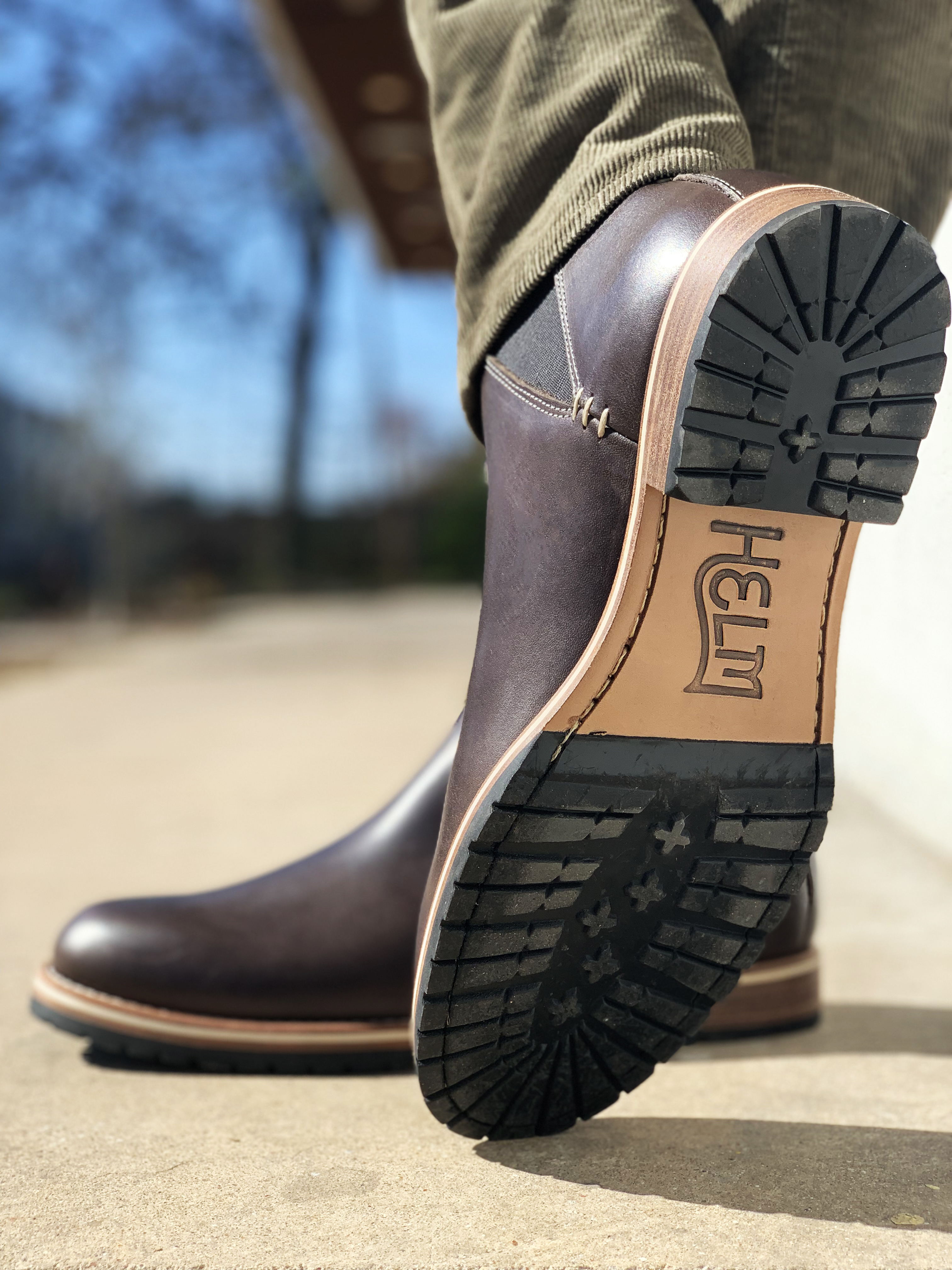 A Chelsea boot is a Chelsea boot is a...stop that thought, and meet the Holt. Designed with a narrower V-shaped elastic shaft that gives the boot a more modern look, it’s not the classic Chelsea...it’s better. With respects to the iconic Australian work boot, we added the mini-lug sole so you’re ready to tackle the city or traverse the globe. Made in exclusive colors and leathers, this isn’t your Beatles boot, but it’s a definite nod to the beginnings of rock and roll.

What's In A Name

Named after multi-instrumentalist, Dustin Holt, HELM’s founder was lucky enough to get to tour with Dustin as he played bass for a rock band he greatly admired.  Dustin is not your ordinary every day musician. He sacrifices everything expected in a “normal” life, and has worked every job imaginable to keep being able to play music with multiple bands including his own, in which he is the drummer. He’s calm, stoic and respectable, and he doesn’t ask for the limelight, but often draws it. Sounds like the Holt boot to us.